The Antikythera Mechanism – The Lost Computer

A curious mechanical gadget found in an ancient Roman shipwreck that sank off the island of Antikythera near the Greek coast around 65 B.C., provides evidence that in the second century B.C. someone had been able to create a highly complex computing mechanism that was hundreds of years ahead of the technical abilities of its time. According to scientists who examined this mechanism, it was supposed to be a mechanical representation of the irregularities of the Moon’s orbit over the sky. This device utilizes a complex system of gears to achieve its objective of representing the moon’s orbit.

Now, one can only think that if mankind had been able to benefit from the workings of this invention, how much ahead would the world have been today? A mechanism of similar complexity was not seen again for another 1000 years. This illustrates why the the advancement of human civilization lies in the ability to share technology.

Click here for an excellent article in the New Yorker magazine 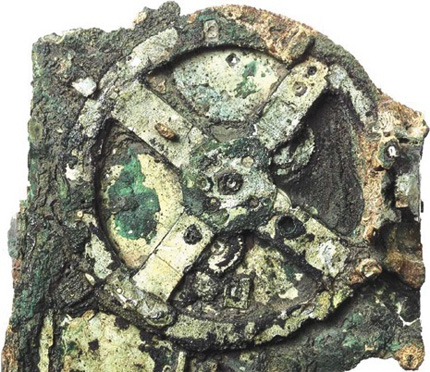