This is one swim race that I’ll probably never forget. Lezak literally won the race for the US and snatched victory from the jaws of almost certain defeat. Even the commentator felt that taking the lead was not going to be possible with an almost body length of a lead by the French team.

The 32 year old swimmer beat Alain Bernard by 0.08 seconds despite Alain having a half second headstart. This means that Jason literally did everything technically right and put in the best effort humanly possible to win this race.

This is the kind of stuff that legends are made of. Jason Lezak really put up an “all out” performance.

If you did not get a chance to watch this race, go over to the NBC website and catch the replay. 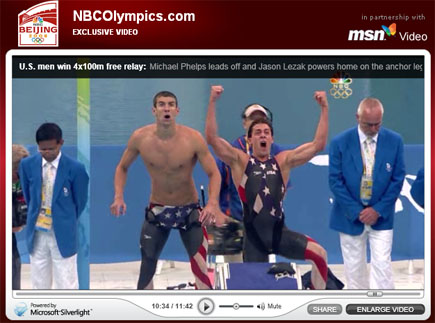